Sights in Brussels worth visiting 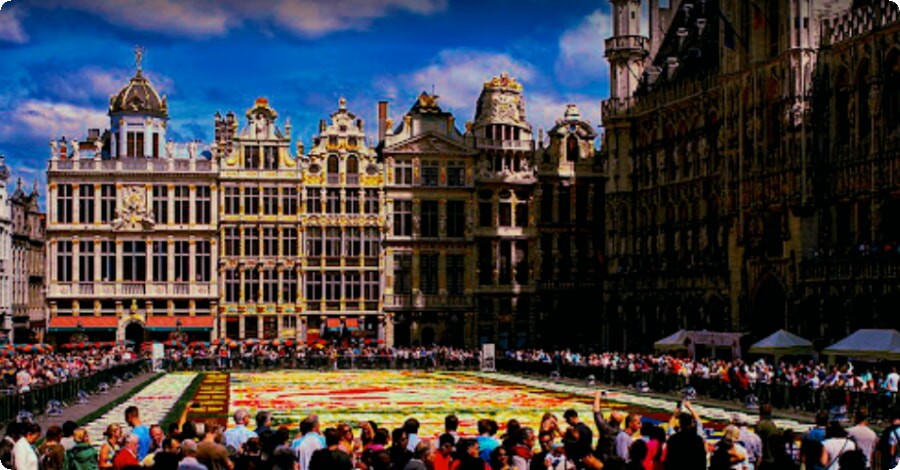 Many people don't really want to visit Belgium compared to other neighboring countries and their capitals like Paris or Amsterdam. Brussels itself is not so famous and popular, but this does not mean that there is nothing to see or visit there. The city has many very beautiful places and attractions.

Near the center of the capital is the Atomium. It is made of capital metal, in the form of nine huge spheres. This landmark shows the symbol of the atomic age and the use of atomic energy. Both locals and visitors can enter the sphere itself, as well as walk through the pipes that connect the spheres. In one of the spheres, namely the top one, there is a restaurant where you can have lunch after a long tour of the spheres.

Not far from the capital spheres there is a large park in which the botanical garden is located, as well as royal greenhouses. There are a lot of these greenhouses, visiting them after the humid climate of Brussels, you can feel like in a beautiful jungle. But, unfortunately, visitors can not visit greenhouses so often, not because it is not beautiful there. The fact is that the botanical garden is open only for 2 weeks in April, and for 2 weeks in May. It is during this period of time that tourists can see the most beautiful flowers in the world in the midst of their flowering.

Another attraction is Mini Europe. But getting into it is a little difficult, because this institution is open to the public only from April to December, the rest of the time it is closed. Tourists with children will be very interested, there is a place for photo shoots, but even just walking around Mini Europe is very interesting.

This attraction is also located in the park, where the royal greenhouses are located. Above all the structures of mini Europe, you can see the elevation in the form of "Atomium".

Today it is impossible to miss and not know about such a place in the city of Brussels as the Grand Place. It is located near the main town hall and the king's house, and it's hard to pass by and not notice the magnificent flower carpet.

The carpet itself is no less famous than the Manneken Pis statue or the Atomium. In order for local residents and guests of the city to be able to admire the incredible beauty, flowers begin to be planted in mid-April, around the 15th. However, to make the compositions of flowers varied, the flowers are planted once every two years, while the flowers keep their shape and rich color. And it is this year that the Grand Palace will be able to surprise its guests with yet another floral masterpiece.

Victor Horta is a man to whom the whole of Brussels says “thank you!” for their buildings, streets, architecture. He became one of the founding fathers of the Art Nouveau style, in which all the architecture of Brussels was made. Unfortunately, now there are only 4 buildings that were made by the great architect. Brussels is proud of them, and every guide will show you the Art Nouveau heritage.

Brussels is a city that welcomes new guests and will win them over with its famous sights.