The largest and most developed cities in Japan

Home / Japan / The largest and most developed cities in Japan 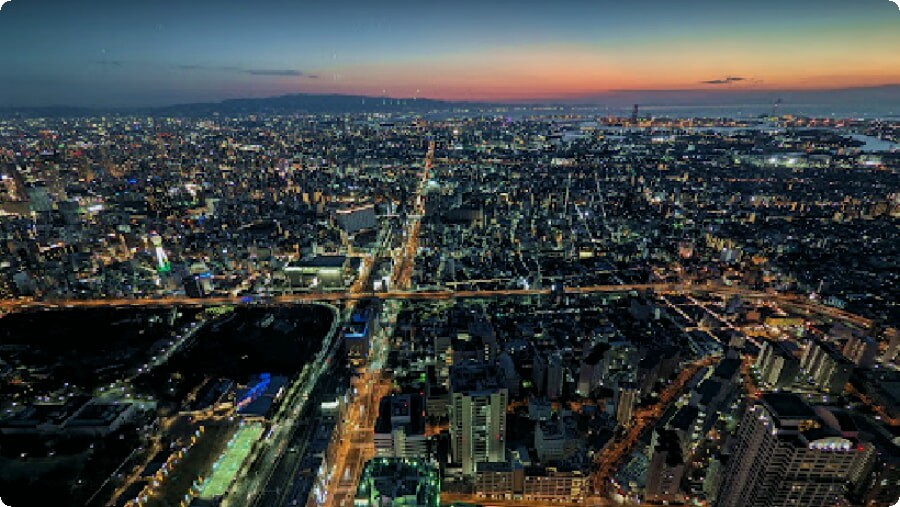 Japan is considered by the whole world as a unique country, the history of which is imbued with a mystery that goes far into the past. The Land of the Rising Sun is mentioned in many ancient manuscripts and is known as a separate civilization that created a unique culture, interesting traditions and national flavor.

The island state is small in size and more than one hundred and twenty million inhabitants live on this territory, respecting their history and traditions that have developed over the centuries.

Japan is ruled by an emperor who issues laws aimed at the successful development of politics, economics and scientific and technological progress. Scientific discoveries and innovations bring new achievements to the country and the whole world every year. Progress in all areas does not stop and continues to improve the quality of life - the present on Japanese soil is rapidly turning into the future, and this is noticeable with the improvement in the appearance of cities that at night look like a sparkling fantasy world in neon glow. Modern architecture is complemented by constructive and technological improvements. The Japanese state attracts inquisitive tourists with its ancient architecture, nicely adjacent to the modernity of high towers: ancient temples, surrounded by flowering shrubs and sakura, coexist fabulously and fantastically with quarters of skyscrapers. The Japanese protect their nature and ecology with awe and care, so the parks in this country are the most well-groomed and clean in the world.

• Tokyo is a vibrant and dynamic capital, amazing from the first moment of being in it. The densely populated metropolis staggers the imagination with architecture, bright lights and advertising signs - all this colorful splendor represents the city of the future. In numerous quarters with tall skyscrapers, you can really get lost and explore, seeing everything in the Japanese capital is simply unrealistic - a lot of sights in the form of bright attractions, charming ancient temples, beautiful palaces are amazing and a month is not enough to appreciate all the features. Education among the Japanese plays a big role - a variety of educational centers, including the oldest universities, makes it possible to choose the right vocational training.

The Imperial Palace, the bright and fabulous Disneyland, the Toyota Museum, the National Theatre, the beautiful Ueno Park, the stunning Rainbow Bridge are just a small part of what adorns the Japanese capital.

• Yokohama is the most tea city in Japan, located on the island of Honshu and is the largest center of economy, business and industry. This city is very modern and distinctive - unlike other major Japanese cities, it has a small number of historical sights and monuments, but it boasts a huge number of shopping, entertainment and playgrounds, as well as museums and attractions. The only thing that speaks of a glorious past here is Basamiti Street, the sidewalks of which are made of red brick, and on it you can see old examples of gas lamps.

Tourists choose this particular city because of the chic shopping areas, among which Minato Mirai 21 stands out with a huge number of different shops, boutiques and beauty salons. You can take a break from the whole forest of skyscrapers in the beautiful Yamashita Park - feel the freshness of the leaves, the scent of flowers and walk along the neatly laid out paths. A special highlight of visiting the city's harbor is the opportunity to take river walks and cruises.

• Osaka is the largest port located on the island of Honshu.

The mentality of the population is one of the features of Japanese life. The rather developed future of the modern metropolis determined successful entrepreneurship and trade. Most of the population, which is part of the entrepreneurial class, has the ability to run a business and earn a decent income.

Local residents love their work very much and give it their whole lives, teach the basics of business to children and multiply their fortunes thanks to profitable projects and financial programs. Futuristic architecture is a feature of Osaka, but its practicality and austerity brightens up the variety of sights that bring the charm of antiquity to the urban look. The fortress of the seventeenth century has been restored and is a historical example of the architecture of the past. The well-restored tower forty meters high gives a majestic look, and inside the fortress there is a museum with samples of weapons, important historical manuscripts and national costumes.

Modern attractions include the Art Museum, the Ebisu Romance and Dating Bridge, the stunning Kayukan Aquarium, and the beloved Shin-Kabuki-za Theatre.

A civilized and developed country surprises every year with the creation of innovations in various fields and technical achievements. The beautiful and amazing country combines Western approach and Eastern wisdom, morality and spirituality, prudence and conservatism.