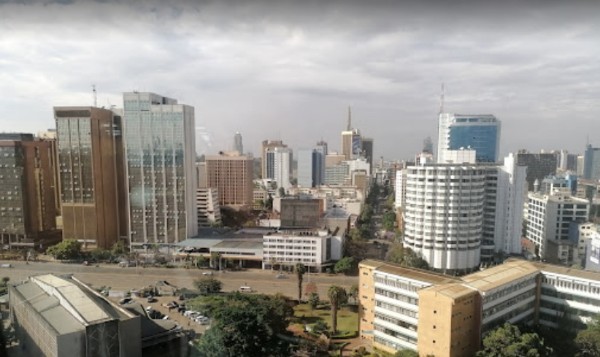 Nairobi is the capital of the African country of Kenya. This city is the largest in East Africa.

Nairobi is located almost on the equator, so the weather here practically does not change. It is rarely hot, mostly the temperature does not rise above 30 degrees. It is warmest and sunniest here from December to March.

Just a couple of hundred years ago, there were swamps on the site of the city. Soon the railway was built, around which the city began to form. True, after the plague, the city was completely burned and rebuilt.

Nairobi is located between two mountains, where there was an extensive network of rivers. The temperature, relative to the rest of the area, in Nairobi is quite comfortable for living, and the location of the city high above sea level makes it inaccessible to mosquitoes and other insects.

Like many African countries, Nairobi was a British colony. People come here mainly on safari. It also attracts modern tourists. There are practically no architectural monuments in the city, except for a museum of several buildings made in the colonial style.

The Indian quarter stands out, where dozens of Hindu temples are located. Throughout the city you can find mosques and temples and Christian churches.
Nevertheless, the most interesting sights remain natural. This is Nairobi National Park, Giraffe Farm. Not far from the city is the Great Rift Valley - it is called one of the most unusual and amazing places on Earth. It was formed as a result of the displacement of tectonic plates and now there are 30 active volcanoes. In the lakes of the Valley you can see stunning flamingos.

Safari remains popular among tourists, because it is rare where you can still see wild animals in their natural habitat. You can also visit a real Maasai warrior tribe. For tourists, they will put on the best outfits and perform a ritual dance. The spectacle is really unusual, but all the time there is a feeling that this is a demonstration performance.

This is what tourists come to East Africa for, and the locals are ready to do anything to earn on whites.

In Nairobi, you can come across a terrifying-looking slum. This place is not for tourists - it is too scary and unattractive for the eyes of others. People live very poorly, complete unsanitary conditions and a pungent smell of rotting garbage. It is amazing that the people who live there do not complain and do not try to change their situation.

Nairobi is a city of splendid natural beauty for tourists, and appalling poverty for its own.