Travel in Austria - the city of Villach

Home / Austria / Travel in Austria - the city of Villach 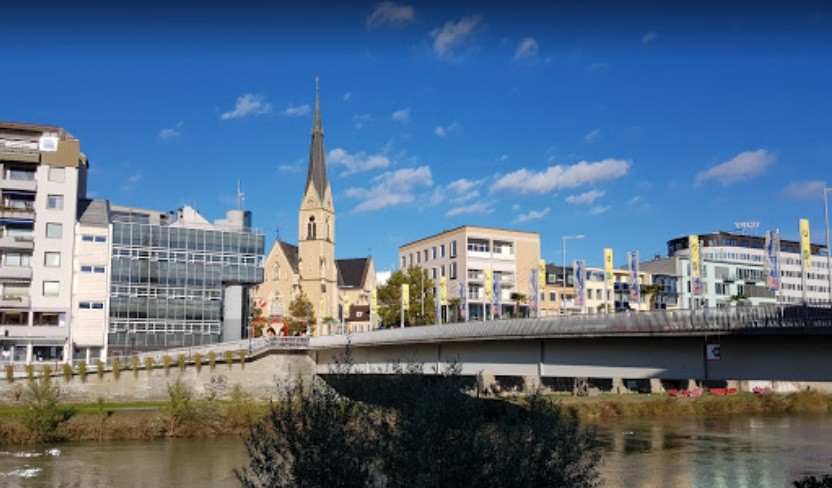 The city of Villach was founded about a thousand years ago, and under extremely strange circumstances. It is known that the settlements in these places were destroyed by the Romans, but contrary to tradition, they did not build a settlement or a fort here, but went further deeper into the mountain range.

But it is reliably known that a comfortable and wide bridge was thrown across the Drava River, on the banks of which the city is now located.

Therefore, Villach has always been a small town that has never sought popularity or recognition of its merits.

The situation was only aggravated by the fact that the city was constantly torn in two by the local rival ruling houses, which did not improve the situation in the city. In addition, two terrible earthquakes almost wiped out the city from the face of the earth, but the citizens of Villach decided not to leave their city and the memories of it. , having rebuilt much of the destroyed.

But, unfortunately, there are not so many old buildings and attractions that could tell in more detail about the history of this city.

Villach began active development near the town of a railway station. Then, no one knew that this (as then it seemed, a blind railway branch would become the key to the development of the city. Subsequently, this railway was connected with major highways leading to most parts of Europe and Asia.

Naturally, travelers tired of long journeys stayed in the city for several days, improving its financial situation with money, giving it a chance for development. In addition, this railway line began to be used in trade with other countries, which also positively influenced the overall development of Villach.

Now, Villach is a wild mixture of commerce, manufacturing and tourism. Due to its favorable location, the city is a tourist gateway to many attractive areas of Austria, which are extremely interesting for travelers. To maintain the city's tourist line, wealthy local landowners as well as city officials host many festivals and celebrations.

Perhaps the most famous of all is the annual carnival, which lasts several months in a row. This turns Villach into a kind of holiday city in which the fun and feast does not stop for a second. Often, such celebrations end with a magnificent fireworks display that lasts for a good half of the night.

There are almost no attractions as such in the city. But nevertheless, it will not be superfluous to visit two churches. Church of the Holy Cross and Church of St. Nicholas, that little spiritual heritage of the city left after the earthquake.

These places are considered sacred by the townspeople, as they believe that it was their holiness that saved them from a devastating cataclysm. Although Villach is a small city, it is worth visiting. And if not for the sake of exploring the ancient sights, then at least for the sake of his incessant fiesta, dizzy and relaxing the mind.

Private tours with Guides in Austria