7 places worth visiting in Bremen 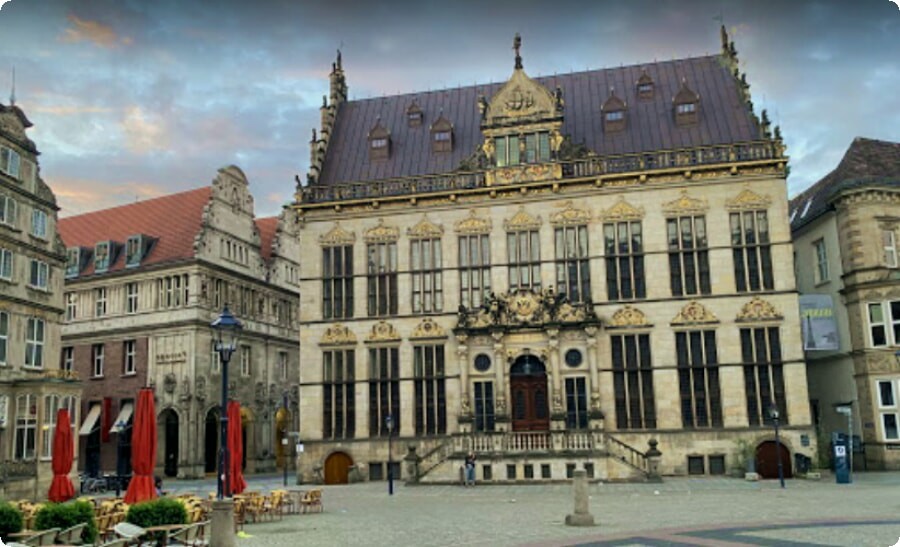 Founded in the 8th century, this most ancient city in Germany has long been a trading and religious center. Many medieval monuments have survived to this day, as evidence of the prosperity and well-being of Bremen. On its streets and squares, it is easy to forget that you live in modern times and go back in time several centuries ago. Here are a few city attractions that every tourist in Bremen should see.

The central city square, surrounded by medieval buildings of the 11th-17th centuries. It is considered the most beautiful in the country and due to the huge number of city monuments it is constantly crowded with tourists. Here you can find the statue of Roland, the Bremen Town Musicians, the City Hall and many other old houses and monuments.

An exquisite architectural creation in the style of the Weser Renaissance, located on the Bremen Market Square. The town hall was built in the 15th century and to this day meetings of the city government are held in it. The facade of the building is decorated with complex patterns, frescoes and sculptural compositions.

The famous monument in the form of a donkey, a dog, a cat and a rooster standing on top of each other, dedicated to the heroes of the fairy tale of the same name by the Brothers Grimm. The sculpture was opened in 1951 next to the City Hall. Every Bremen tourist considers it his duty to take a photo next to the monument, so it is always crowded around it.

Historians do not have a single version about when St. Peter's Cathedral was built - in the 7th or 11th century. This is due to the fact that during its existence the cathedral was rebuilt many times. The last time it was completely reconstructed after the destruction during the bombing of the city during the Second World War.

The national park, opened in the middle of the 20th century and located around a luxury hotel. This space with tree plantations, alleys, and a small lake has become a favorite vacation spot for the townspeople.

Museum of an unusual and futuristic appearance, the exposition of which demonstrates scientific achievements. Divided into three parts dedicated to the planet Earth, humanity and space. Interactive exhibits allow visitors to go on a journey into the depths of space, dive to the ocean floor or find themselves in the very mouth of an active volcano.

The Chamber of Commerce was opened in the 15th century and has been functioning to this day. The building itself was erected in 1538 and was repeatedly reconstructed until the 19th century, acquiring a more or less modern look.

The Chamber of Commerce burned down completely in 1944, but was reconstructed almost in its original form 12 years later.