Sydney is a dream city! 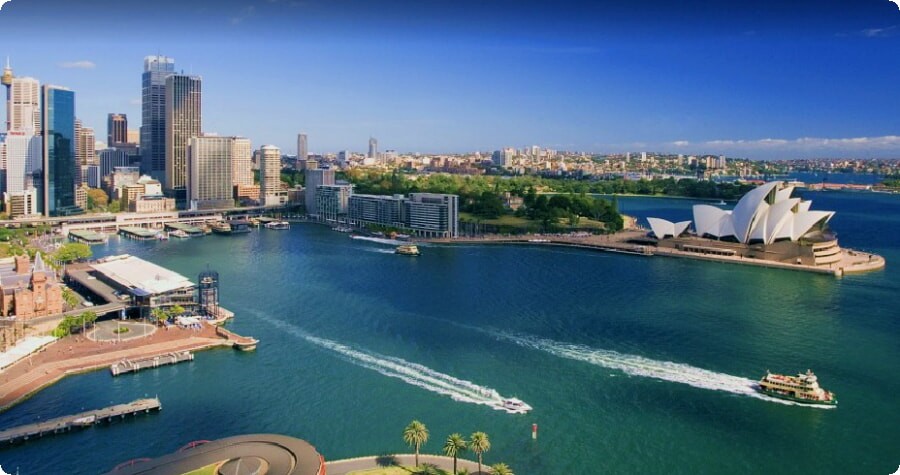 Emerald City - such a "second" name, Sydney received from its indigenous people and tourists. Unforgettable attractions are located in this city. Sydney is Australia's largest city. Tourists are attracted not only by modern high-rise business-style buildings, but also by numerous excursions around the “great” Sydney. Parks and golden beaches that stretch for many kilometers do not go unnoticed.

Sydney Aquarium is one of the top three aquariums in the world. You just don’t want to leave this building, the aquarium is a dream. The most unusual fish of the whole ocean live there. You can see menacing sharks swimming right overhead, or 3-meter crocodiles swimming gracefully in their sector. Unusual beauty - slopes, gigantic sizes. Playful seals, penguins and platypuses will please you with mystery and peacefulness. By visiting this place, you will not only feel a surge of emotions and fearlessness, but also get a lot of unforgettable impressions.

"Sydney Wildlife World" is a three-story building, located next to the Sydney Aquarium, contains more than 70 exhibitions of the most exotic "residents", including more than 150 species of animals that live in Australia. Visitors to this zoo will plunge into the world of adventure and exploration, because only there you can see a huge number of reptiles and marsupials. Australia is home to the most venomous snakes on earth. The most amazing thing is that it is there that the number of poisonous snakes exceeds almost 65% of non-poisonous ones.

The largest snake in this establishment is the 8 meter long Amethyst Python. The rainbow handsome man attracts attention not only with its size, but also with its mother-of-pearl color. Many butterflies of different colors and sizes are found in the corner of the wild.

Walking along the red sandstone paths, you can watch a pair of eyes peering intently at you - this is a saltwater crocodile named Rex. Its length reaches five meters. In the neighborhood with a huge crocodile, very charming baby crocodiles swim. Also, koalas and many other exotic animals live there, which cannot be seen in a regular zoo.

"The building of the Opera Theatre" - each city has its own "zest". France has the Eiffel Tower, England has Big Ben, and Sydney has the Opera House. This is a building of the XX century, and day and night is unforgettably beautiful. Sail-shaped roofs - the original idea of ​​​​the architect. The building includes an opera hall with 1550 seats, a concert hall with 2700 seats, as well as a cinema and two large restaurants. Interior and decoration, in the style of "space age Gothic" will not leave you indifferent.

The Sydney Harbor Cruise is a large catamaran that can hold hundreds of people and is something you just need to ride. You will not only see the beauty of Sydney Bay and the beauty of the city itself, but also hear the very fascinating history of Australia and its attractions.

Hungry, you can order a delicious breakfast, lunch and dinner right on this catamaran. Sydney cuisine is sure to amaze you with its masterpieces.

"Sydney Tower and Oztrek attraction" - to see the indescribable panorama of the city, you just need to climb the observation deck and go on a breathtaking flight to the top of the Sydney Tower. There, the city awaits you, in all its glory, in full view. You can see all the sights with the naked eye, or you can look at them with binoculars. This amazing mini tour includes a visit to Oztrek, a virtual tour of Australia on screen with stunning sound quality and moving chairs.

This is only a small part of the attractions of Sydney. Once you visit this city, you simply won't want to come back. The people there, distinguished by their peacefulness, are always ready to help.

Beautiful buildings, unusual trees and exotic animals will be remembered for a long time. Having visited Sydney once, you will return there again and again.